I had some thinking to do last night, so I invited myself out for a beer and - unsurprisingly - I graciously accepted.

And I was asked what seemed to me a very strange, if not baffling, question; not once, or even twice, but three times.

Ok, it was Boxing Day, and lots of people around me were with their families and friends. And I know they were being kind, but I simply hadn't imagined myself in the way they clearly saw me. 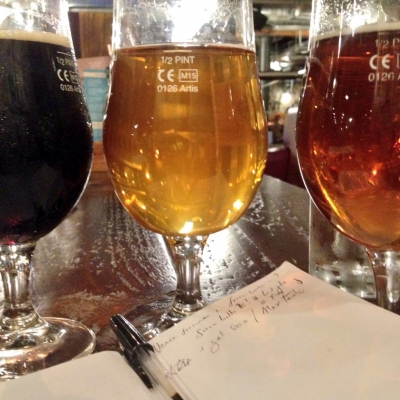 And I kept being asked - "Are you ok on your own there? Would you like some company?"

It took me a while to realise they must have seen me as (1) alone, and (2) lonely. Which was quite a surprise, because I felt nothing of the sort.

As for (1) alone, I spent most of the evening with the two wonderful lead characters from my new book. We were discussing an issue with the unfolding plot and how they would handle it.

And as for (2) lonely, I was also with a group of 30 aspiring writers, practising some of the ideas I was working on for teaching this coming year, followed by an audience of several hundred for a pantomime I'm trying to write.

I know there are huge differences in the way we see ourselves, and the perception of the rest of the world (it came as a big shock to me, for example, that very few people (if actually any) think that I strongly resemble George Clooney.)

But for writers, this difference in perceptions is greatly magnified. I can see how, when viewed from afar, it appears to be a solitary profession.

But then, the rest of the world don't know what's going on in our ever-churning minds, do they?