The Rewards of Trying

Like most teachers of writing, I have a way of working. It's a formula I've developed over the years, and I know it's effective.

The problem comes when you're asked back to an event to teach roughly the same course as before. 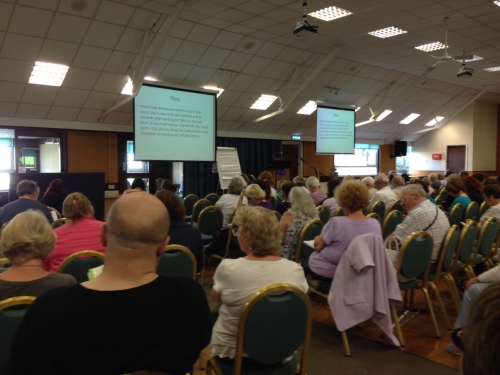 This is the wonderful Swanwick Writers' Summer School from last year. And I'm fortunate enough to be there again in a couple of weeks, teaching novel writing.

But that gave me a real dilemma - I was worried I'd never be able to improve on my tried and tested methods, which everyone had heard before (yawn).

Cue a couple of weeks of the usual Hall tailspin of internal agonising and quiet panic, before I talked myself into some sense.

Look, idiot, I said (I bet you can imagine it.) Creativity is endless, so you can damn well find some new ideas. Stop bleating and get on with it!

This might just be me, or it could be an English thing, but I've noticed a strange habit people have when being kind enough to praise my books and stories.

I was in the lovely Devon resort of Ilfracombe this week, doing a book talk -

That was the view just outside the library, which certainly helped to make for an uplifting evening.

Anyway, I worked my way through my wafflings, then signed a few books and mingled with the audience - and picked up some curious compliments.

"You made my week really hard because I was so tired", was one. I did wonder what was coming next, after that, but happily discovered it was pleasant.

Apparently I'd hooked the poor reader and made it impossible for them to put the book down (Balance of Guilt).

There's an interesting - and stark - divide amongst writers, which I've come to notice over the years.

I did a couple of careers events this week, talking to youngsters about life as a journalist and author - 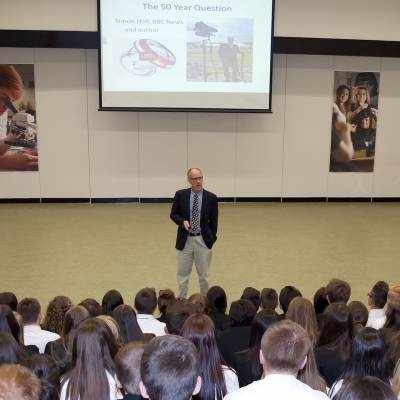 This was Newton Abbot College, and thanks to all there, and at St James School in Exeter, for being such a willing and fun bunch to talk to, and for looking after me so well.

(The 50 year question refers to an average working lifetime - and so why it's important to get thoughts about your career right.)

One teacher said something to me I'll never forget this week - "What we like about you is that you're not jealous. You're happy sharing what you know to help other people".

It hadn't much occured to me there was another way, but apparently there is. Some writers, I'm told, won't pass on their experience and understandings, because they feel threatened by others knowing them.

Life in the Slow Lane

Modern life can be such hustle, rush and bustle, but for me there's a much more important way if you're a writer...

Life in the slow lane.

I've been told on more than a few occasions that I walk remarkably slowly. To this I plead very guilty, but happily so.

For me, time is required to take in your surroundings, to be an observer of life. And that's one of the most important arts of the writer. 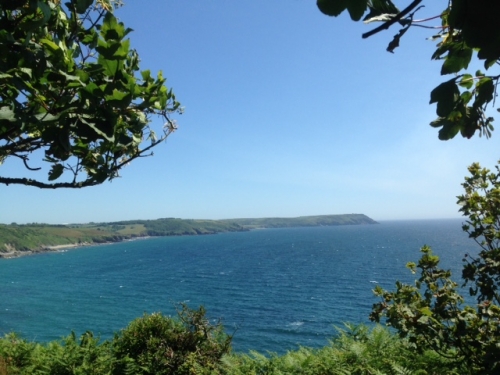 A view like this, for example, from my beloved south west of England, isn't one to be rushed on past. Surely it demands savouring to be properly appreciated.

The tang of salt riding in the playful air, the hissing trees irked by the teasing of the wind, the soulful warmth of sunshine on skin.