There's a phrase that really annoys me, which I heard again this week.

"There's nothing new under the sun."

The human mind, and creativity, are limitless. There's always something new to imagine and explore.

Writers are often told there are only a set number of stories. Romance, crime, rags to riches etc.

And maybe that's true on a very basic level. But when you imagine the characters that can populate them, the settings, and the things that can happen...

And in the science field too, not always thought of as the most creative, creativity is essential.

How did we ever take to the skies, until it was imagined and then realised? To space?

And to the smallest levels of existence, the sub atomic.

It took leaps of imagination to see the structure of DNA, and visualise black holes.

Creativity enriches our lives, wherever it's found, and it will endure as long as we strange human creatures do.

I saw a lovely example this week, when I did a careers event at St Mary's School in Cambridge. 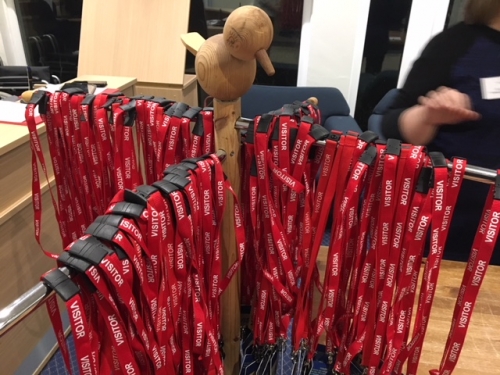 How about that for a rack for the visitor badges?

If you can be creative with such a seemingly mundane object, there's always something new under the sun.