Of all the great trades of life, writers are perhaps renowned for having the most vivid imaginations.

They're certainly a vital part of the writing life, and as for me, I find stories everywhere.

Just this week for example, with a simple sight, sitting on a bench after some very welcome rain... 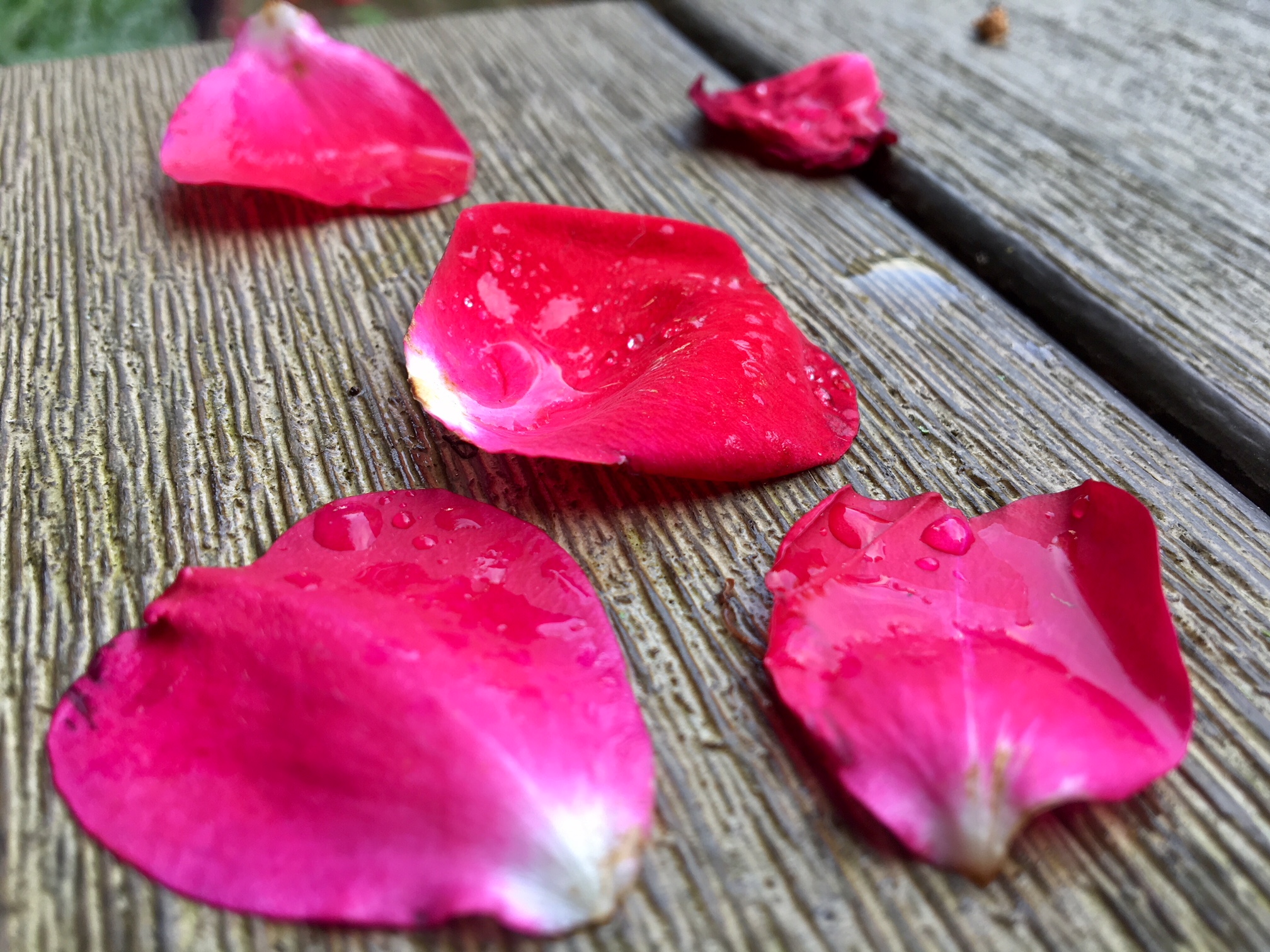 Who else sees hearts and tears in the petals and raindrops? Or is it just me?!

But imagination is far from the exclusive preserve of writers, no matter how much we might flaunt and fight for it.

As I often say when I'm teaching, (and commonly at length, you know me) - the idea is everything.

Whether it's for a new business, a novel, scientific research, a short story, a different day out, a fantastic building, a government policy, a piece of tech innovation...

And where do those ideas come from?

That mysterious, but so very beautiful netherworld called the imagination.

Which means you have to allow space for the thing to work.

It's one of our most precious assets, so why deny the poor butterfly the chance to flutter its wings?

I've been thinking about ideas for a new book this week, to follow the one due out in early September (apologies for the shameless plug!)

The creativity wasn't coming, so I tried a standard trick to fire up the brain engine, and headed for one of my favourite places, the Cambridge Botanic Garden.

And lo! Amongst the peace and wonder of the green dream, the ideas started to come.

But I also saw this -

Not the most beautiful sight, I agree, but...

An enigmatic path to an unknown place, just at a time when I'd had an idea about trying something new, and was liking it.

That's the imagination and innovation.

A path through the trees is presented to you.

But do you have the courage to walk it?

And where will it lead?