But also all too easy to overlook.

I should have learnt the lesson by now, but sometimes I still forget. So maybe writing it down publicly like this will help.

I'm working on a new project, my first TV drama.

I had an idea for the theme, the setting, the main character, and it was all going swimmingly.

I loved the way it was coming together, I could see the visuals, the drama, the storylines, twists and turns...

And then I started to question it all. Because it was happening too easily, far too smoothly. Too much by instinct, perhaps?

So there had to be some problem, didn't there? Something I was missing.

Which meant I then spent a week agonising over whether the idea was any good, the characters believeable, the stories interesting...

And got myself into a tizz.

When did the answer come to me? Well, guess what? When I let instinct take over again. 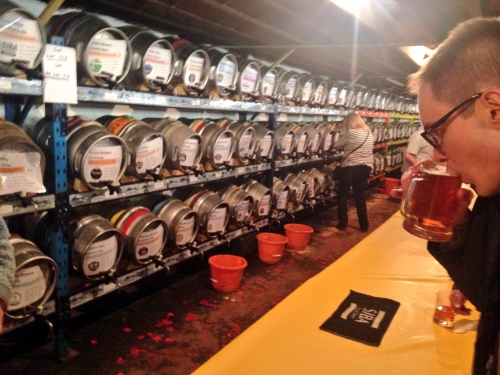 I was feeling a tad low, wasn't sure I was up to it, but decided to go to my favourite beer festival in the whole world anyway (almost 300 ales - no wonder I like it.)

And hey! A couple of beers, some air, a change of scene, chatter to friends old and new, and there it was.

A fresh belief that the idea for the series was sound. All I'd manage to do was talk myself into questioning it.

Why? Because, I suppose, we humans think we're so sophisticated and advanced now. With all we've achieved by our rational and logical thought, it makes us doubt the darker, hidden layers of our minds.

The ones which come up with ideas that are right first time, no messing about.

That's instinct; a quiet, but very fine friend of writers, thinkers, feelers and humans in general.