I was asked a couple of excellent questions this week.

They've looked after me well in my years as a journalist, and are much underrated in life.

How else do we make progress if we don't ask questions?

Why do those birds have such different beaks? (C Darwin) Why did that apple fall on my head? (I Newton) Why don't I have a vote? (E Pankhurst) etc etc.

These two questions were powerful because they forced me to think about myself, react fast, and in front of an important audience. 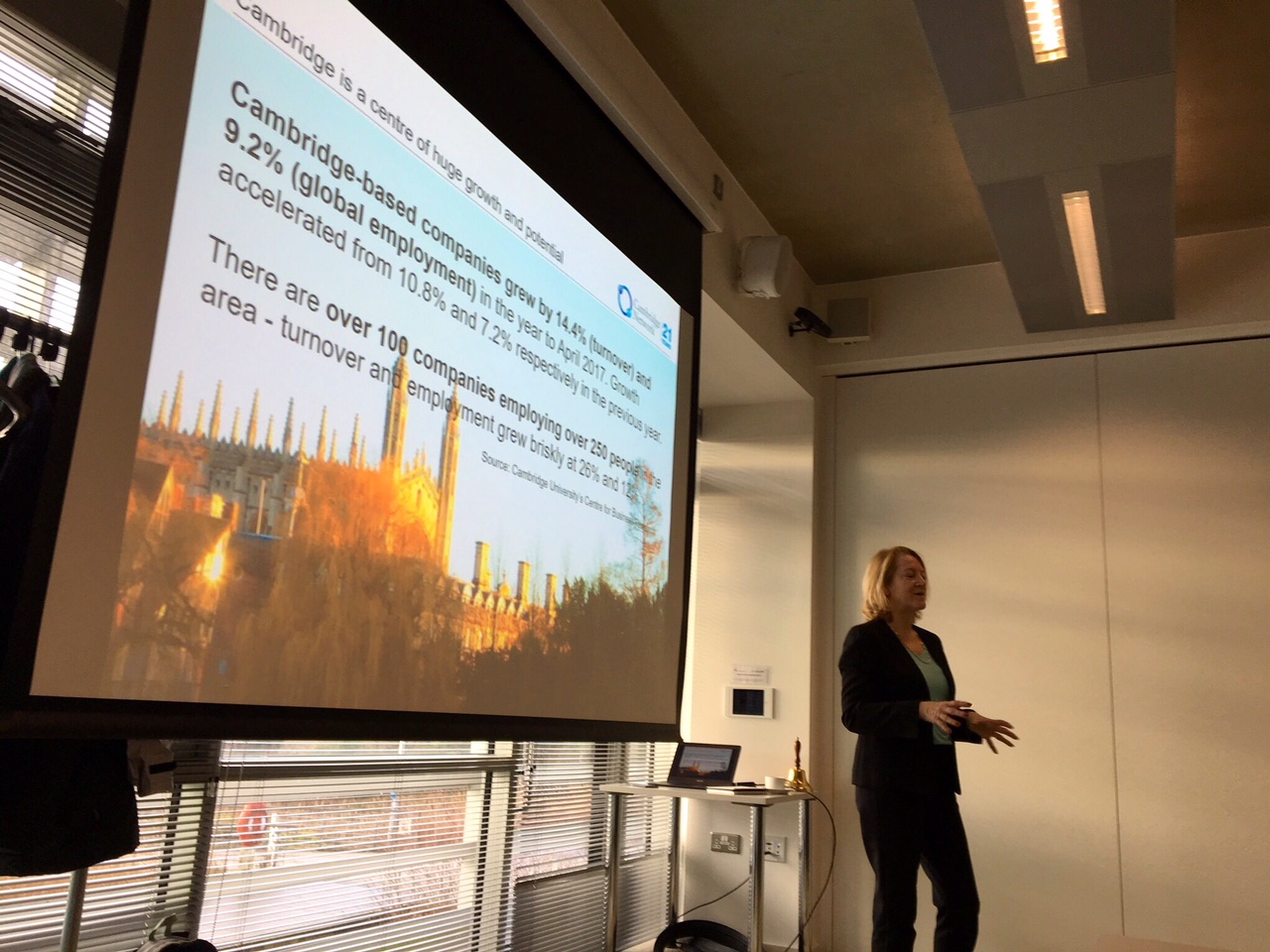 I was at a meeting of the excellent Cambridge Network, a business support group, giving a talk about what I taught in the way of communication skills.

The idea was that if any potential customers had need of such talents, the audience would know who to recommend.

We had time for questions after my talk, and one was -

Great question. It really forced me to think about what I do well as a trainer, and, more generally, member of the human race.

My answer, after a few seconds of thought, was listening.

For me, it's a greatly undervalued art.

You meet a lot of people in life who are very keen to talk (and usually about themselves), but few who really listen.

And listening means learning. About a person, a subject, anything.

It's also a critical skill in the world of business.

You see so much written about how to sell a product, or service.

But for me, the best way to sell is to listen to a potential customer. Really get to know them. Properly understand what they want, or need.

That way you'll be able to deliver it, and to a high standard.

(You're also far more likely to get repeat business, and recommendations.)

The other question I really liked, which was complimentary, was -

That one was easy to answer.

I've carried it with me for years. It's always bothered me, and I don't think I've ever truly got over it.

When I was at school, I was the shot put and discus champion.

I was in the athletics team, and did pretty well in competitions against other schools, which marked a rare success in my days of youth.

Which was all well and good, but there was a problem -

For the life of me I could not throw the javelin.

The best I could manage was a handful of metres, and even then it would generally land backside up.

Try as I might, I could never master the darned thing.

But back to the point, which is that asking about my secret weakness was a great question, a classic job interview type.

It's one of those where you know you're expected to show humility, but don't want to say anything which will jeopardise your prospects.

In such times of dilemma, humour is always a handy and generally reliable ally, so that was where I went.

Of course, I have many other weaknesses, but in the world of business I now inhabit, there's a tricky balance to be struck -

Humour, humanity and humility, but also strength, ability, and reliability.

I wonder it that realisation is why I'm now not feeling so bad about my abject failures with the javelin after all.