Teaching, Speeching and a Wonderful Whisper

There's one big, tempting, sabre toothed trap that people can fall into when teaching.

I've seen a fair few examples of it in my years at conferences, schools, and universities, watching others do their thing.

It's kind of understandable, but that doesn't make it any more forgiveable. And it's this - 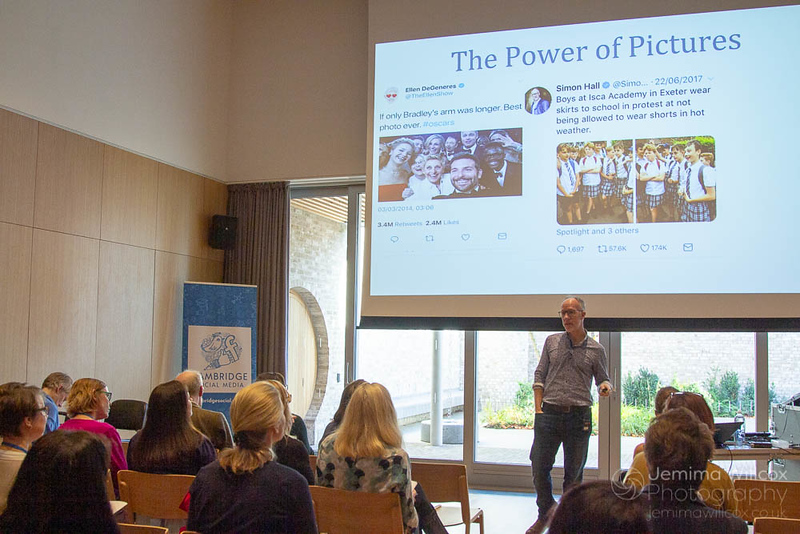 I was privileged to speak at two fantastic events this week, which both went really well.

The inaugural Cambridge Social Media Day, above, was fortunate to see none of it.

And another, which did see a little, and I shall duly name and shame, and castigate the presenter for, in a minute.

So, what do I mean by the difference between teaching and speeching?

For me, a fundamental of teaching is thinking about what your audience (1) need, and (2) want.

(1) Why are they at your session? What expertise can you impart that they would benefit from knowing?

It relates to the first point, but in my experience, what a group generally wants is to get what they need without being BORED ABSOLUTELY RIGID, or TALKED DOWN TO, or made to start LOSING THE WILL TO LIVE.

Excuse the caps, but it's something I can get passionate about.

What (2) comes down to is essentially finding a way to engage, interact with, and entertain your audience.

For me, good teaching isn't about standing there, waffling away, no matter how expert you might be, or how important your subject is.

It's about asking some questions, and getting a discussion going. Or giving the group a quiz, to find out how much they really know about an issue. Or setting an exercise, to get them working on a point you've outlined.

In other words, it's a conversation. A flow between teacher and teached. Not a monologue.

Which brings me to my next point, this big and vicious trap which is generally a sure fire way of making certain your audience feel BORED ABSOLUTELY RIGID etc etc.

Confusing teaching with talking about yourself. Speeching, in other words.

Which can be understandable - who doesn't like talking about themselves?

(Or am I just speaking for myself here?!)

Particularly on a platform in front of potentially quite a few people.

But it's no good. It doesn't work. Because it's just not real teaching.

So, as promised, it's name and shame time. That fool who flirted with this awful trap and almost fell into it.

Yeah, you guessed it. I knew you would.

The other wonderful event I was part of this week was hosting a school visit to St Catharine's College, one of the eminent elements of the University of Cambridge. 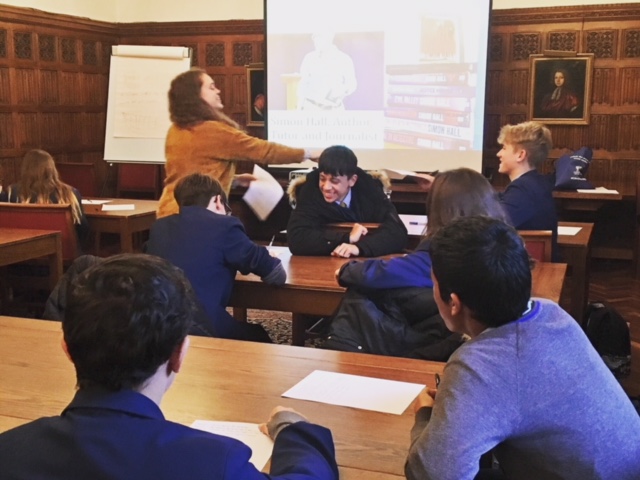 I was talking about how writers put books together. The groups were lovely, and a pleasure to work with, but...

When they were kind enough to start asking questions about my life as a journalist, and author, I almost got carried away and starting doing the My Glorious Career speeching thing.

Which would have been a big mistake, and wasted some of the fine time we had together, to share our appreciation of writing.

I pulled up, just in time, but it was a close thing.

Incidentally, that Wonderful Whisper I mentioned in the title of this ramble came in one of those talks, and it's something I shall never forget.

Because it was a true testament to the power of teaching.

There was a very talented, but quiet student on the front row.

She was clearly highly engaged, and kept getting the answers to the questions I was posing right - I could see the flashes of understanding in her eyes.

But she was too shy to actually speak out loud.

Which I don't blame her for.

She was in front of a group of not just her peers, but students from other schools, too, and all that in the intimidating surroundings of an historic Cambridge college.

But about half way through the session, she mouthed an answer...

I encouraged her to tell the group...

But she was still too shy...

And that new found confidence helped her to get up and say it right out loud.

And guess what? (Cue swirling music.)

From that moment on, she was happily contributing all the way through the rest of the session.

Ah, teaching. Ah, the bestowing of belief. Ah, what a moment.

Finally for this ramble, back to the social media day, and a quick word of warning.

When you set groups exercises, and tell them to be creative, and enjoy themselves, and have fun, that can come at a price.

Witness my favourite photo of the day, created from my session about online public relations, and the importance of attention grabbing images - 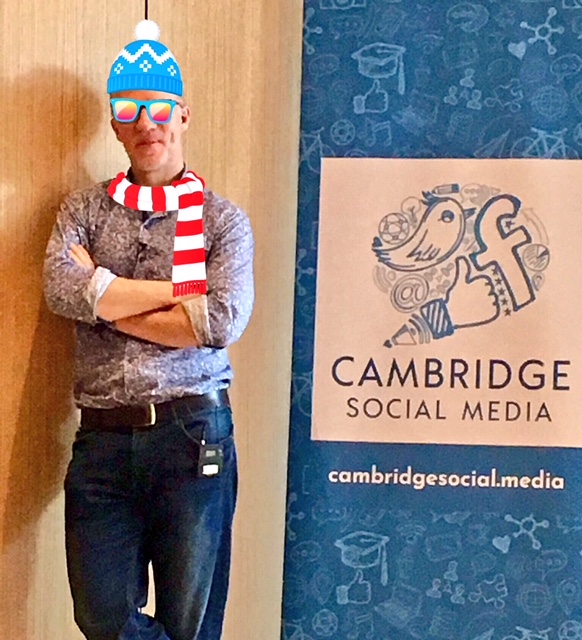 If you hadn't guessed it already, I think we now have an answer to the old question regarding where's (the) wally?