The Greatest of Gifts

You're always on dangerous ground when you use a superlative, so a little qualification first.

I'd probably argue that the greatest gift of all is life.

But given that - as you're reading this musing - life is something we share, a kind of base line delight and privilege, I'm talking about something extra.

And for me, that's imagination.

An example of how it can amuse, engage, entertain, and so much more -

I was riding back from a meeting in Cambridge this week, and saw a delightful view - 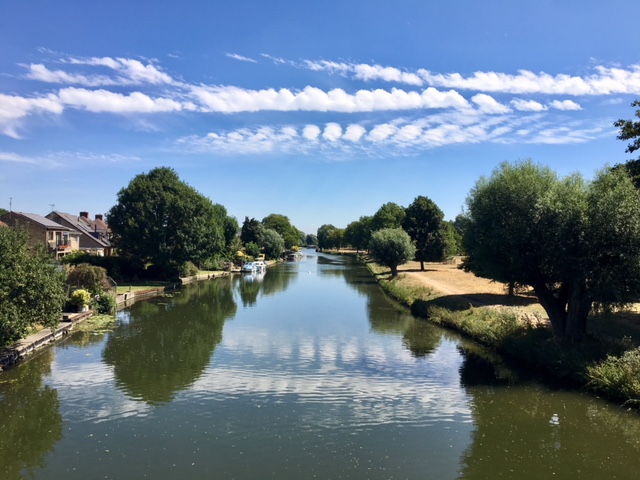 I tweeted about it, as I do, and without thinking the caption Today's clouds courtesy of the steam train in the sky came to me.

I got lots of kind feedback about that, complimenting me (mostly) on my imagination, which left me properly appreciating how far that wonderful phenomenon has taken me.

I suppose I had to have a fair amount of imagination to believe I might get a job at the BBC, let alone travel around and see the amazing things I did.

Then there's my writing career - so much of which is based on imagination.

And my teaching too - only with such a vivid imagination could I hope to convey the things I do in the ways I do.

(I sometimes also used to think I could dance, but perhaps that's taking imagination rather too far.)

Yes, it's fair enough that you could argue all day about what truly is the greatest gift.

Good health is certainly up there, along with being born in a developed nation, to loving parents, and having wonderful friends and family.

But for me, imagaination will always be amongst the frontrunners, as the often unappreciated foundation of so much of what is joyful about our lives.